BELO HORIZONTE, Brazil, June 17, 2022 /PRNewswire/ — Inter (B3: BIDI3, BIDI4 and BIDI11), a leading Super App offering financial and non-financial services to more than 20 million customers in Brazil, today announced the creation of a new Strategic Advisory Board ahead of the company’s listing on Nasdaq next week. 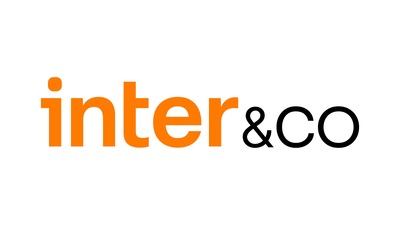 The Advisory Board is comprised of a team of international leaders who will provide expert advice on bringing Inter’s successful business model from Brazil to the U.S.  It will be an important contribution for Inter&Co to fulfill its long-term vision of bringing its financial and lifestyle solutions to the world.

João Vitor Menin, Inter’s CEO, said: “We are excited to have gathered such a talented and experienced team to compose Inter&Co’s Advisory Board. We brought professionals from different parts of the world, who are experts in economics, finance, communications, marketing, innovation, and organizational development. Their contributions and insights will be priceless for us to succeed in this new stage of our development. I am looking forward to working with and learning from them.”

The members of Inter&Co Advisory Board are:

Inter&Co also announced the hire of Santiago Stel as Chief Strategy & Investor Relations Officer. Santiago served as an Investment Banker for almost 10 years at Morgan Stanley based in New York, during which he was involved in several transactions involving Latam fintechs, including Inter’s IPO in 2018. He will be based in Miami, where Inter just established a new office, attesting to their commitment to expanding its business vision beyond Latin America.

Inter&Co welcomes the members of its newly formed Advisory Board. For more information on Inter&Co, its Advisory Board and operation, follow our social networks or visit our Investor Relations website: https://ri.bancointer.com.br/.

Inter&Co is the holding company of Inter Group and indirectly holds all of Banco Inter’s shares. Inter evolved from a digital bank to a Super App that simplifies people’s lives, where everything comes together in the same app. Inter offers a complete range of products and services in banking, credit, investments, insurance and cross-border services, in addition to a virtual mall that brings together the best retailers in Brazil and the United States. The company reached 20 million customers in June 2022, of which two million are active investors with nearly R$60 billion in assets under custody (AuC), and 3.1 million active customers at Inter Shop, surpassing R$ 1 billion in Gross Merchandise Value (GMV). As of March 31, 2022, Inter had an expanded credit portfolio of R$19.8 billion, shareholders’ equity of R$8.5 billion, and R$38.5 billion in total assets. Inter’s customers already have the ability to trade shares listed on US-based stock exchanges through its international trading platform hosted within the Super App. More than 50,000 accounts have been opened since the launch.